When we set out to make Darksiders Genesis, our objective was to create something completely fresh – a whole new approach to the beloved Darksiders action adventure franchise. Partnering with Airship Syndicate to make the game ensured that right out of the gate with a top-down design – a first for the franchise. The introduction of gunslinging horsemen Strife was also a first, as was the introduction of online and split-screen co-op play with his fellow horsemen War.

But we couldn’t stop there. Darksiders I, II, and III set themselves apart, one from the others, in many ways, but at their core, each delivered a completely unique, combat style. Varied traversal abilities, weaponry, powers and raw strength informed distinctively satisfying gameplay experiences across every Darksiders game. So, the final, major design question we faced with Darksiders Genesis was: How can we deliver a fresh combat experience across both single-player and co-op modes? (insert hours of trial, error, blood, sweat, tears and sleeplessness here) The ultimate answer: Creature Cores.

Put very
simply, Creature Cores is a perk system that empowers players to customize
their own upgrade system fueled by the enemies they defeat. More specifically, when
a player kills an enemy, it has a chance to drop a “Creature Core” that can be
picked up to enhance player stats and increase power and get some powerful
perks. The manner in which these items or rather “Cores” are slotted into the
Creature Cores Menu informs each player’s combat abilities. Each slot has an
associated stat (Health, Wrath, Attack) that will improve this stat when a core
is slotted in. Each slot also has a maximum level of core it can hold.

Destroying
unique enemies like bosses and elite monsters translates to opportunities to
collect unique Major Creature Cores (Orange colored) while commonly dropped items
are Minor Creature Cores. Creature Cores can also be purchased from Vulgrim and
earned in the arena.
Killing the same enemy units over and over will result in picking up the same
core but will increase the level of the core.

Last but not least, nothing is permanent on the creature core tree. It can be changed and re-aligned at every time for an optimized set-up. So, there you have it: Creature Cores! How we deliver a unique and fresh combat experience across single-player, as well as online and couch co-op in Darksiders Genesis! 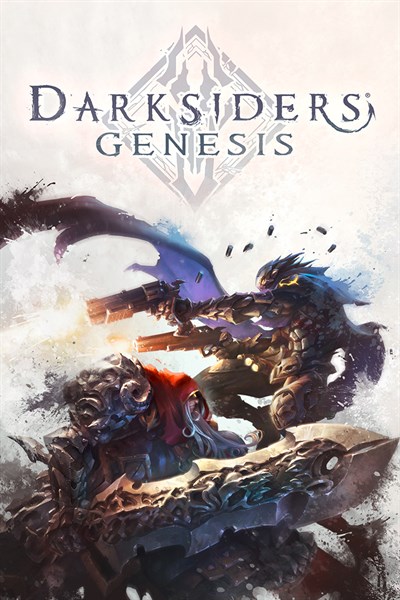 ☆☆☆☆☆ 7
★★★★★
From the dawn of creation, THE COUNCIL has maintained the Balance across existence. Carrying out their orders are THE HORSEMEN, Nephilim (powerful beings spawned from the unnatural union of angels and demons) who have pledged themselves to the Council and been granted immense power. However, this power came at a tragic cost: the Horsemen were ordered to use their newfound strength to wipe out the rest of their kind. What followed was a bloody battle on Eden where the Horsemen, obeying the will of the Council, annihilated the Nephilim. Still reeling from the events on Eden, WAR and STRIFE have been given a new assignment — LUCIFER, the enigmatic and deceptive demon king, has been plotting to upset the Balance by granting power to master demons throughout Hell. War and Strife must hunt down these masters, gather information, and ultimately fight their way through a tangled, demonic conspiracy that threatens to forever upset the Balance and unravel all of creation.