Latest News
Home /The War Rages on in Season Two of Call of Duty: Modern Warfare on Xbox One

The return of an iconic map and a mysterious Operator lead the way for Season Two in this explosive new chapter for Call of Duty: Modern Warfare on Xbox One. A stream of free content starts today with the reappearance of Ghost, the return of the Rust Multiplayer map, and a refreshed Battle Pass system.

Ghost, the intimidating Operator, will be available by purchasing the Battle Pass.

The Return of Rust

The
fan-favorite map returns. Set in an oil yard in the middle of a desert, Rust is
a small map known for its intense pace.

Battle
Pass is Back

In the Season Two Battle Pass, players can instantly
unlock all 100 unlockable tiers and immediately get access to a set of four
items, including Ghost – the iconic and intimidating Special Forces Operator,
who can be used across all multiplayer and Special Ops modes. Or, purchase the Battle Pass
Bundle which includes access to the Battle Pass plus 20 tier skips, meaning
you’re instantly closer to unlocking even more thrilling content. 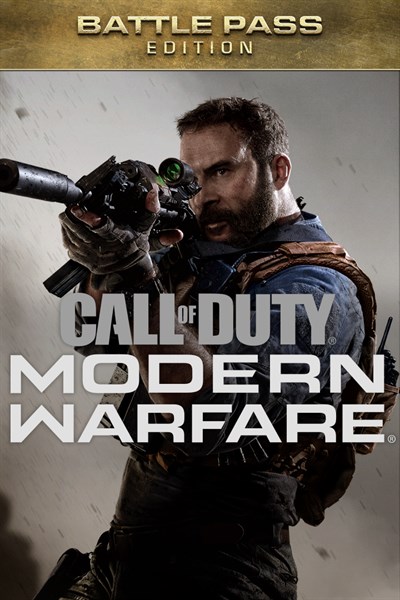 ☆☆☆☆☆ 216
★★★★★
Includes: – Call of Duty®: Modern Warfare® – Battle Pass system (includes 20+ free Tiers)* – 3,000 Call of Duty® Points – In-Game Tactical Knife – XRK Weapons Pack – Three Operator Packs Buy the Battle Pass Edition and receive 3,000 Call of Duty® Points that can be used in-game to purchase the Battle Pass or Battle Pass Bundle. Prepare to go dark in Season Two of Call of Duty®: Modern Warfare®. Experience a visceral Campaign or assemble your team in the ultimate online playground with multiple Special Ops challenges, a mix of Multiplayer maps and modes, and the franchise’s premiere Battle Pass system – included for all online players. Developed by the studio that started it all, Infinity Ward delivers an epic reimagining of the iconic series from the ground up. Lock in, level up, and join the ranks with the latest edition of Modern Warfare®. Stay frosty. *The Battle Pass, which allows access to unlock up to 100 Tiers is not included. Call of Duty® Points can be used for purchase of the Modern Warfare® Battle Pass. © 2019-2020 Activision Publishing, Inc. ACTIVISION, CALL OF DUTY and MODERN WARFARE are trademarks of Activision Publishing, Inc. All other trademarks and trade names are the properties of their respective owners.